The end of a calendar year (at least in Gregorian system that dominates most of the globe) is the time for reflection, statistics, and resolutions:  global issues vie, in retrospective summary, for comparative significance.  Bloggers, talk show hosts, prime time news shows are busy ranking and assessing. Globally, they ask, what are the most important news stories? Scientific discoveries? Sports events…”? and so on. 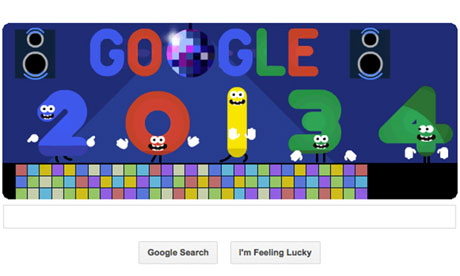 Who is better to judge the real significance of news stories, though, than The People?  This is where the annual statistics released by Google can give us time to reflect not just on the year that has passed, but the global quest for shared knowledge of current events—well, sort of.  It would be no doubt unfair to assume that Google searches are the chief means by which the sum of human knowledge of global issues is increased.  (Think of the various news media and good old-fashioned conversation!) Or would it?

Whatever value we might put on them, the statistics on Google searches are cause for reflection.  So brace yourself! Here they are. These, apparently, are what mattered most to internet users during 2013.

Many obvious comments could be made about this list—some of them deeply serious, some of them scathing, some of them good humoured.  Because it is the beginning of a new year, however, it is probably best to let the list speak for itself and ask yourself a few questions about your own quest for knowledge, particularly of global issues.

1.  For which of these did you yourself search?

2. What motivated you to make the web searches you did make this last year?

a. Did you genuinely want to know more about an event or person of political, social, or cultural significance?

b. Were you driven by morbid curiosity, the desire for sensationalistic detail, or other emotional stimulation?

c. Did you want to buy something, possibly but not necessarily involving new technology?

3. If you compare what you know of the world now with what you knew one year ago, to what extent would you attribute that increased knowledge to:

b. news media and personal reading

4. And the last question?  Isn’t it obvious? As a global citizen with knowledge gaps, what is your resolution for 2014?

(Some knowledge questions to ponder, when you feel like pondering:  What ways of knowing are involved in motivation to pursue knowledge? How do you know what sources of knowledge are most reliable?  Are we ethically responsible for gaining certain kinds of knowledge and, if so, why?  What is the relationship between personal knowledge and shared knowledge?)

@oxstudycourses
🔭 Our courses offer the opportunity to discover more about what you love to do and the type of skills you already p… https://t.co/pEJ8nkd4tb
Reply Retweet Favorite