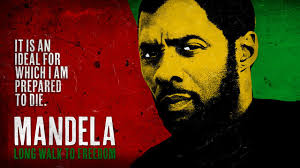 The other day I went to see the film ‘Mandela Long walk to freedom’ and was so moved by the issues addressed in the film that I decided it was time for us to stop for a moment, decide what it is that really matters in performance,  and decide why we choose to perform the things we do. To embellish this blog I will refer to some of the brilliant people that have chosen to work in this field, because they are driven by a cause. I will also provide some ideas for inspiration.

The first person that springs to mind when I think of Political, or Issues based, theatre is Bertolt Brecht. Brecht believed that theatre was a vehicle for social and political change, challenging the views of the status quo and presenting social and political questions. He wrote the LEHRSTUCKE (learning plays) and viewed his actors at the time as actor/spectators, saying he ‘only recognises actors who are simultaneously students’ (Brecht, 1964, p80). There is huge potential for the actor within the world of the drama, where they are not aiming for one goal, but a self realisation through the rehearsal process. This of course links to the VERFREMDENGSEFFEKT and the focus on only necessary props and costumes with the implementation of the NARRATOR, SONG, PLACARDS and GESTUS.

For more information on Brecht visit this site.

Augusto Boal is someone that we all admire if we are working in the field of Applied Theatre or Theatre for Change. His ideas for addressing issues through forum, invisible and image theatre, are tools that we can all use in the devising of our own work. The spect-actors are a part of each of these areas of performance. In IMAGE theatre the actor is part of the image, but also step outside to alter the image; in INVISIBLE theatre the spect-actors are not aware they are viewing a piece of theatre, as they take part in the event, and in FORUM theatre the spectators view the burning issue being presented and then replace actors as spect-actors to bring about a different, preferable outcome.

For more information on Boal visit this site.

Steven Berkoff has written powerful plays that address many issues in the multi-layered societies (and characters) he chooses to write about. One of his plays, East, is described by Berkoff as ‘an outburst or revolt against the sloth of youth and a desire to turn a welter of undirected passion into a positive form’. This latter statement applies specifically to his large body of work on issues in society, his unpublished poems. 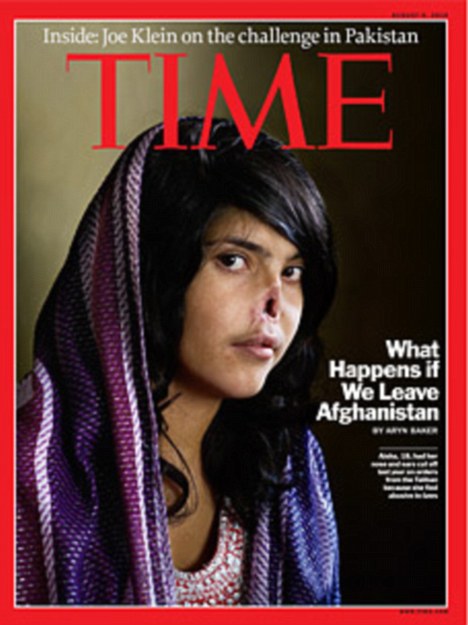 What happens if we leave Afghanistan

This image is of 18 year Aisha, who had her nose and ears cut off by her own husband, when she tried to flee from her inlaws after an argument. Her face stares out from the U.S. news magazine, Time, 28 August 2010.

The managing editor or Time, Richard Stengel, explained his decision to use the shocking image, and said: ‘I would rather confront readers with the Taliban’s treatment of women than ignore it. I would rather people know that reality as they make up their minds about what the U.S. and its allies should do in Afghanistan.’

So, if you are inspired to address some issues through your own work, and enable audiences to think about what really matters, maybe you will be inspired by Berkoff’s poems.

A book you may find useful, if you are studying Political theatre is: ‘Theatre Politics’ by Joe Kelleher, Palgrave, Macmillan. 2009.