The 7th July marked the 100th anniversary of the beginning of the Battle of the Somme.  The British launched an attack on the German forces hoping yet again for a break through and an end to the stalemate brought on by trench warfare.  Instead, the battle lasted into November and ultimately there was no victor although the Allies claimed victory due to a 5-mile (8 kilometer) advance.  In this first day the British saw 20,000 soldiers die and another 40,000 were wounded, making it the deadliest day of the war for them. 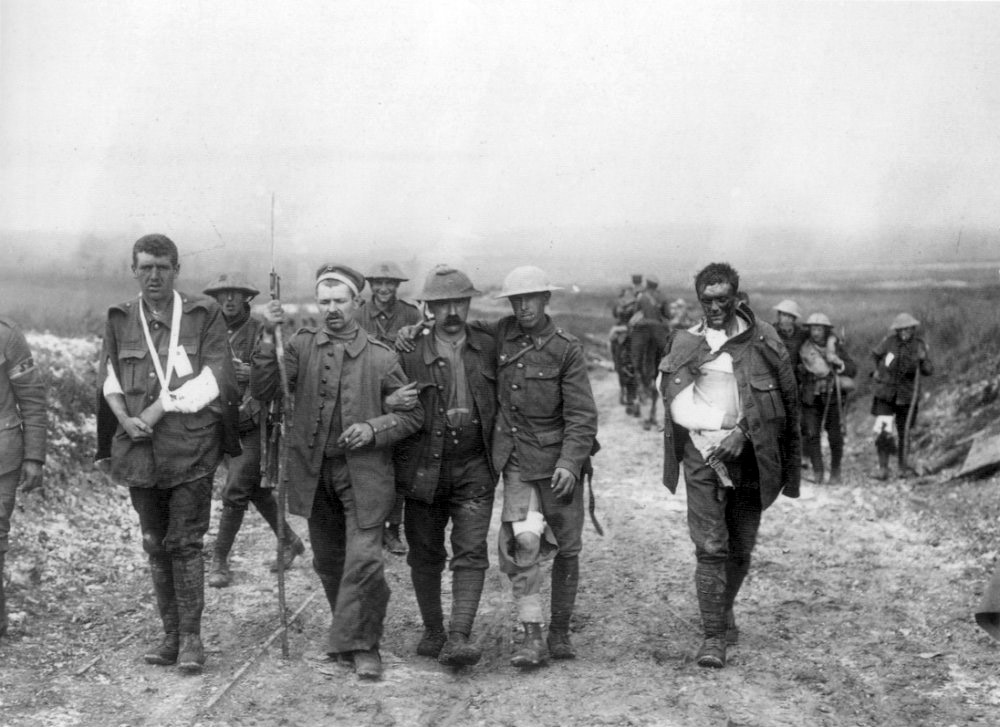 “The Battle of the Somme”. HistoryLearningSite.co.uk. 2014. Web.

This battle epitomized the war of attrition: on the British side General Haig sent hundreds of thousands of untested soldiers over the top hoping to break through the German ranks.  Even if they did not do so, their actions would force the Germans to engage and cause them loss of life.  This battle was also significant as it was the first time that tanks were used in battle, although their contribution to the outcome is questionable.

The offensive ended when the futility of it was noted.  Ultimately 600,000 Allied and 650,000 German troops died in this battle, and one the question we must ask is the simplest: why?